We’re barely into a third of the Bundesliga season and a number of records have been broken this season.

Not surprisingly, most of these records are owned by Bayern Munich with a few more to be broken by the end of the 2015-16 season. 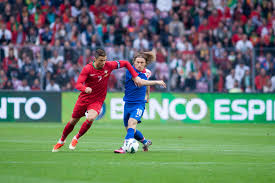 For starters, Bayern registered their 1000th win in the Bundesliga with their 4-0 win over Cologne. Interestingly, Werder Bremen stand second with 758 wins to their name.

Yet another record that they broke is that of 10 wins in the opening 12 games of the season – a record that they set in the 2012-13 season with 8 wins. Of course, they couldn’t reach 11 wins because of the draw with Frankfurt. This record is still held by Tottenham.

But what takes the cake is Lewandowski’s 5 goals in just 9 minutes. Not only is this the fastest hattrick ever but no substitute has scored five goals in a match ever. Also, with 12 goals from eight matches and nine goals from three matches, he has set two more records as well.

Alternatively, Dortmund have won the first five games of the season which is a record while also sharing this record with Bayern – something that has never happened before.

Three strikers in particular have a game to goal ratio of more than 1 after 10 games and they are Muller, Aubemayang and Lewandowski. Speaking of Aubemayang, he has scored once in each of the first eight games of this season.

Apart from this, Monchengladbach have five consecutive games while VfL Wolfsburg have won 27 straight games at home – a new club record.

Of course, there are also records that both Stuttgart and Monchengladbach could have avoided by not losing the first five games of the season.