Real Madrid striker Cristiano Ronaldo says that he intends to retire in four to five years time. After doing so, he will live like a king with his family and friends.

Speaking in a Times interview for his movie, he also admitted that he feels very nervous when he steps up to take penalties for the team.

When it comes to catcalls and whistles during games, he said that it keeps him motivated while also considering it to be a part of the job as a football player. 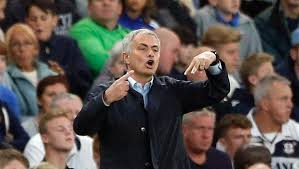 He added that football is such a big part of his Life that he must give “100 percent all of the time”.

In regard to his humility, the Portuguese captain said, “I am not the most modest person in the world, I admit that, and I try not to be false, but in certain aspects I am very humble.”

Speaking of Cristiano Junior, he said that it “is easy to be spoiled when you wake up in a great bed, eat fruit and yoghurt and you have fast cars”. But he avoids spoiling his son as children have to live their lives independent of their parents.

As a result, he hasn’t bought his son an iPhone 6 despite being asked for one while admitting that he wanted to be a dad for a long time.

He finally said that he leads a very disciplined life drinking wine only once in a while apart from a hamburger and Coca-Cola on Sunday.