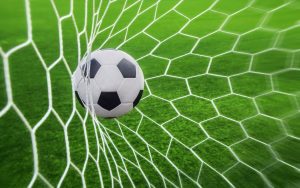 Any child about to start playing should learn the very basics of the sport. Many kids start practice without knowing any of the rules or the basic equipment. Teach your child the very basics from the list below:

Soccer is a sport contested by two teams of 11 players. The objective of the sport is to put the ball into the opponents’ goal. The winning team is the one with the highest amount of goals at the end of the game.

The soccer field is a rectangle with the two goals on opposing sides of the field. The field should be between 50 to 100 yards wide and 100 to 130 yards long.

There are 11 players in each team with several positions. There are various names for some of the positions. In addition, the positions can change during the game when formations change. Here are the most basic positions:

Goalie – There is one goalie in the game. Teams will have backup goalies in the case of injury.

Fullbacks – Four fullbacks help the goalie protect the goal. Three will hold positions while one will be a sweeper.

Midfielders – There are three midfielders. They help on both offense and defense in the middle are of the field.

Forwards – There three forwards. These offensive players try to score. Wingers and strikers are the two most common names for positions in the group.