About 30,000 Catalan flags will be distributed during the FC Barcelona Bate Borisov game at the Camp Nou to protest a UEFA fine.

Jordi Sanchez, President of the Catalan National Assembly, which is a pro-Independence organization, said, “Nobody can tell us where and when we, Catalans, can show our symbols.”

In addition, about 300 volunteers from pro-Independence groups will also hand out flags to fans who are attending the Barca game against BATE at the Camp Nou.

This is clearly in response to the second fine imposed on Barca and amounting to 40,000 Euros when Catalan flags were displayed at the game against Bayer Leverkusen.

The first fine was when Barca played Juventus for the UEFA Champions League trophy in Berlin and which cost the club 30,000 Euros.

UEFA stands by its ruling in stating that the flags violates its ruling and that prohibits “the use of gestures, words, objects or any other means to transmit any message that is not fit for a sports event, particularly messages that are of a political, ideological, religious, offensive or provocative nature.”

Alternatively, Barca’s President, Josep Bartomeu has threatened to drag UEFA through the courts for violating the fans’ right to free speech during their games. 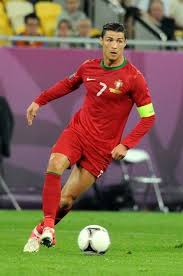 What is also clear is that Catalans have intensified their demands to gain autonomy over the reason after the events surrounding Spain’s economic crisis. With almost 7.5 million people, Catalunya is also Spain’s richest region while having its own unique culture and language.

It was only last months that a number of pro-independence parties won a large number of seats in Catalan Parliament and that favor the secession from Spain.