Roman Abramovich has decided against sacking Jose Mourinho during the international break, thanks to a lack of replacements.

In particular, both Diego Simeone and Pep Guardiola will be unavailable during the mid-season.

It goes without saying that Mourinho is under a lot of pressure since Chelsea is placed 16th in the Premiership while a number of players have turned against the Portuguese manager. 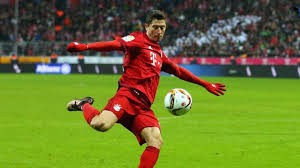 Given that Chelsea won last season, they have, quite dramatically, lost seven out of 12 fixtures this season. The most recent of the lot being 1-0 defeat to Stoke City. It was during this game that Mourinho served a one-match stadium ban.

Even if the manager won an overwhelming vote of confidence from fans in October, they still lost three Premier League matches while also being knocked out of the League Cup as well.

Yet Abramovich has to think about next season given that Chelsea might miss out on a Champions League spot since they are 13 points below the top four. But he had decided to give Mourinho time to turn things around since we’re only midway through the season.

Even if he is considered to be Chelsea’s best manager ever, the board still thinks that the club’s current performance is definitely unacceptable. If that’s not enough, his off-field conduct has been a source of concern for the board since it affects the club’s image too.

Apart from this, he has faced severe criticism for firing Eva Carneiro who was part of his backroom team and very popular with the fans.